7 Facts About The E-Cigarette, Some are Threatening Your Life

In recent years, the term E-cigarette, or what is known as (vape) has become popular, and its smoking is called vaporisation, as a metaphor for the transformation of its content to a heavy steam that comes out of it.

These devices have become available in many international and Arabic markets, and start attracting many teenagers, and here start researches and studies on it to know its benefits and the damage caused by it.

Components of an E-cigarette 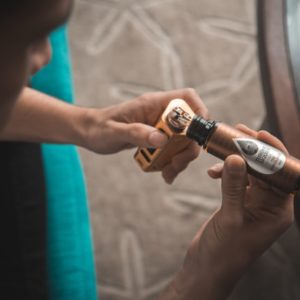 First, let me tell you about the components of an E-cigarette:

What is an E-cigarette?

The types of e-cigarettes vary between what looks like a traditional cigarette, pipe, or pens but the main content is similar in a way:

How does it work?

When you use the device, the battery warms the heat source, which converts the contents or what is called the e-liquid into an inhaler mist which then be inhaled into the lungs and then exits by forming a cloud of steam. Which is why it provides a feeling of smoking, but without tobacco.

1- E-cigarettes are not a safe option to quit smoking.

Some adult smokers use the E-cigarette as a complete substitute for the traditional cigarettes and other smoked tobacco products. Although the E-cigarettes have not received FDA approval as smoking cessation devices.

A recent study found that most people who intended to use E-cigarettes to get rid of the effect of nicotine of the traditional cigarette ended up continuing to smoke both traditional and electronic cigarettes.

2- E-cigarettes may be the reason teenagers get used to nicotine.

Both E-cigarettes and traditional cigarettes contain nicotine, which research indicates may cause some addiction same as heroin and cocaine.

To make things worse, many e-cigarette users try to increase the proportion of nicotine even higher than that in the traditional cigarettes by adding fluids with a high concentration of nicotine. Also they try to increase the effort in e-cigarettes to obtain a larger dose of the substance, and here many young adults and teens use this type more than the traditional type of tobacco.

There are three reasons why e-cigarettes are particularly attractive to young adults:

– Many teens think they are less harmful than traditional smoking.

– The liquid used to be made with flavouring such as apple pie, watermelon and other flavors that appeal to younger users.

Studies have shown that students who used electronic cigarettes at the time they started the ninth grade were more likely than others to start smoking cigarettes and tobacco products during the next year.

Unfortunately some teenagers may use these devices to smoke marijuana, which is a type of drug.

When you smoke e-cigarettes, the nicotine in the e-liquids is easily absorbed from the lungs into the bloodstream and when it enters your blood, nicotine stimulates the adrenal glands to secrete the hormone epinephrine (adrenaline). Epinephrine stimulates the central nervous system and will increases your blood pressure, breathing and heart rate.

As with most addictive substances, nicotine stimulates the brain and increases dopamine levels, which enhances the feeling of pleasure. And stimulates some people to use nicotine again and again, despite the risks to their health.

4-E-cigarettes may increase your risk of a heart attack

Nicotine is a toxin that raises blood pressure and adrenaline, which increases your heart rate and the possibility of a heart attack.

Last June 2019, researchers, Stanton Glantz and Dharma Bhatta of the University of California, San Francisco mentioned in a study that smoking traditional and electronic cigarettes posed a similar risk while doing both at the same time was a more dangerous option.

In another statement, the editors of the American Heart Association (JAHA) journal expressed concern that this study may have been based on misleading data.

From this standpoint, this study was withdrawn on February 19th of this year. Despite this, many researchers still insist on the need to be careful when using these E-cigarettes.

5-Electronic cigarettes and their link to lung disease

As of January 21, 2020, the Centre for Disease Control and Prevention (CDC) confirmed that there were 60 deaths in patients with lung disease who were using these devices.

The Washington newspaper reported through a report published on the Harvard University website, that approximately 200 people using E-cigarettes had an acute lung disease. But experts are not certain that E-cigarettes are the main cause of this disease.

It appears that they contribute to this through Inhaling harmful chemicals which is available in the e-liquid that may cause allergies.

Others suggest that these conditions often appear on people who modify their smoking devices, or use modified E-liquid on the black market. This is especially true for those containing tetrahydrocannabinol.

Centers for Disease Control and Prevention advises the public to:

6. Electronic cigarettes may threaten the life of a pregnant woman and her baby.

The E-Cigarette has been used by pregnant women as a substitute for traditional cigarettes because they think it is less harmful. However, some studies showed the potential danger to the developing fetus due to the amount of nicotine consumed is high.

And that its consumption caused multiple effects on the child’s immune system, and on lung and heart functions.

7. E-cigarettes may cause serious burns .

Damaged batteries of an E- cigarette may cause fire and explosions, some of which may result in serious injury and burns. Most of the explosions occurred while charging the E-cigarette batteries.

An Orange A Day Reduce The Risk Of Failing Eyesight

Best 3 Vitamins for Boosting Your Immunity